Today is approximately 7 days after Lucy ovulated. If the mating was succesful the fertilized egg cells are now on their way from the ovaries to the uterus. In the coming week they will attach themselves to the uturine wall. The uturus of a dog looks very different than that from a human. It looks like the letter Y. On the image you can see how that looks. The fertilized egg cells will spread and attach in the 2 horns of the uterus, here they will stay untill birth. 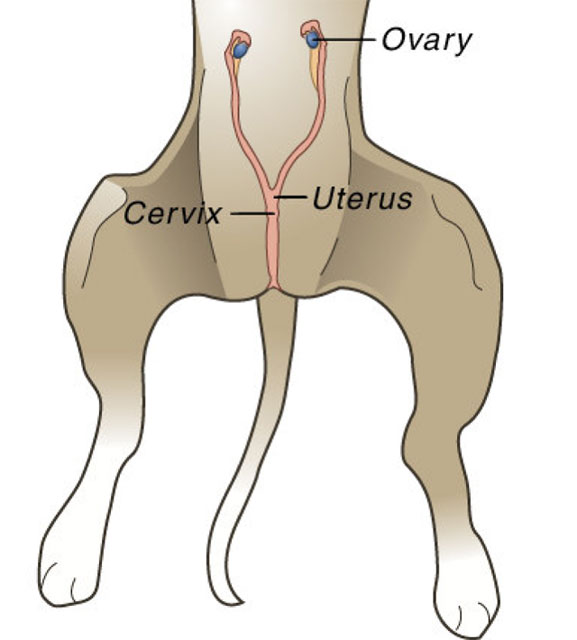 The uterus of a dog.

With Lucy everything goes fine. Since yesterday she is not in heat anymore. We do not notice any major changes in her behaviour yet. It does seem like she is a little calmer and more cuddly this week, but this can also come because of all the new impressions she had last week.

We measured and weighed Lucy again this week:

There seems to be some growth, but that would be very quick. Maybe she had to urinate still, this can explain the weight ‘gain’.

Of course we see nothing on the outside yet, but still I made some pictures for future reference. Who knows we will see change in a few weeks!
From now on I will update weekly.